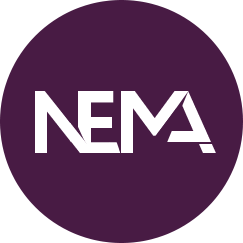 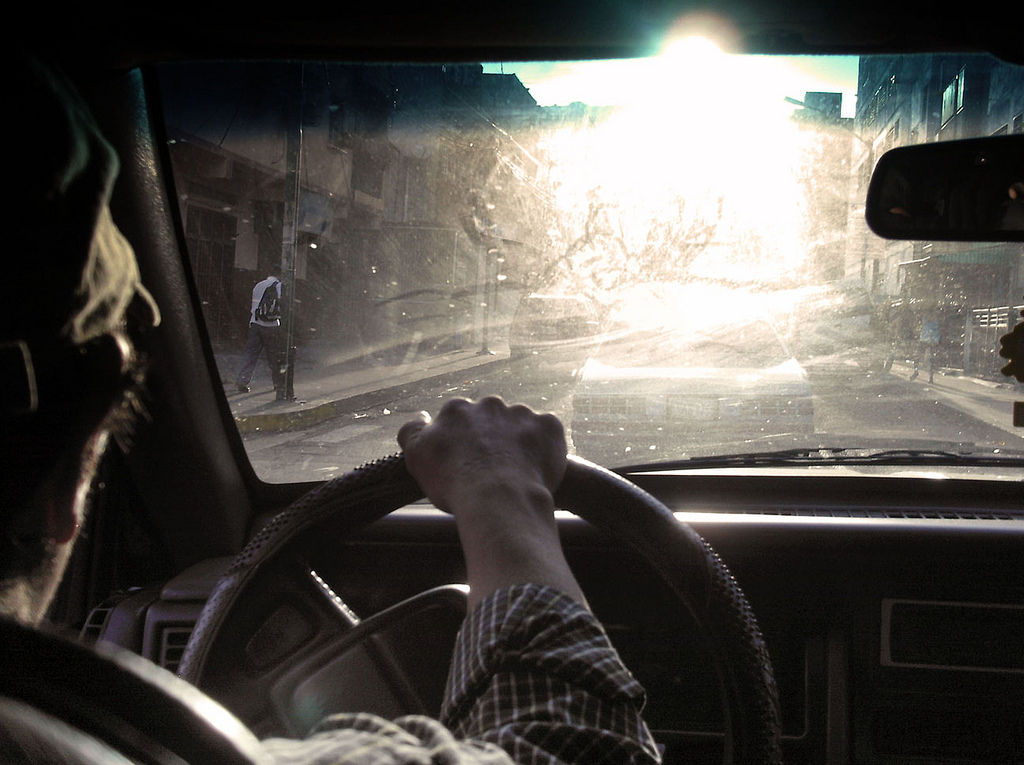 It was so quiet. As I waited for my bag, I only heard murmurs of dissatisfied travelers, and men in uniforms constantly repeating one or two instructions. Sheikh Saad Airport was not a big airport, or at least it did not seem to me. Baggage claim seemed to fill up quickly with people who looked around, attempting to figure out what their next step was.  I tried desperately to get to the carousel that was slowly being deprived of luggage. Most people were pointing to their bags to their family members, and there was no shortage of anger if a bag was missed.

I grasped the slightly-ripped strap of my bag-a black duffel bag that was given to me by our neighbor, Khalid. “You are very lucky”, he said to me as he handed me the bag.  I nodded to him, took the bag, and hoped that nothing else would be said of the matter. I was lucky, yes, but it was hard not to think about what I was giving up. “When you escape from war, everything else is done with a smile on your face”, my father used to say.  I tried to think like that, but it wasn’t easy. Nothing about this seemed easy.

After my bag was checked, I went through a sliding door, and was met by the airport gift shop. I stopped for a mere moment, only to admire the items that were laid out on the front shelf. It was hard to believe. I looked a little deeper into the small space. There were books, toys, cigarettes, and even cigars. There was candy and perfumes.

As I dragged my attention away from the gift shop, I saw a clean-shaven man in a meticulously-ironed, white dishdasha. He held up a piece of white cardboard with my name on it. I approached the man, and as I came closer, he became focused on me.

“You are Mohammed?” He asked in a robotic demeanor.

“Yes”, I answered slowly, and before I could say anything else, he gestured towards the exit, and started to walk away.  I followed the man, and the quiet I had felt earlier disappeared in an instant.  My head now seemed to be filled with shouting.

I placed my bag into the trunk of the white SUV, and sat down in the passenger’s seat.

“I am Ahmed”, the man said, as he put on his seatbelt. He checked on the rearview mirror, adjusted the AC, made sure the radio was turned off, and pulled out of the parking lot. We drove past large billboards that seemed to scream of wealth. The smiling women, happy because they used the advertised perfumes, and the confident men sporting watches that could be submerged thirty meters under water, took over the billboards.

As we left the airport, the Kuwaiti skyline emerged. I was trying my best not be in awe of the standing buildings in front of the stranger that was driving the car. He had both of his hands on the steering wheel, and moved his head only enough to check the mirrors.

“I will take you to the apartment”, Ahmed began as we got onto the highway. “Tomorrow morning, at eight, I will be in front of your building, to take you to get your license.”

“Thank you”, I answered.

“Do not be late”, exclaimed Ahmed, as he looked at me, drawing his attention away from the road in front of him. I nodded. It was at this moment that I thought about the nerve-racking process I went through to get my visa. But it was behind me, and I only had my plan to think about.

I told myself, constantly, that there is absolutely nothing that would entice me to actually like this place. My plan was to work, so that I could save enough to bring my wife and daughter to live with me. After that, things would be much easier. After all, that is the only reason I applied for the job.

DRIVER VACANCIES AVAILABLE. The website was full of them. But, as many have told me, I was one of the lucky ones. At this exact moment, I agreed with them. My family was safe.

We pulled up to an eight-story building with a yellow-façade and large windows.  The sign on the corner of the street read BLOCK EIGHT.  I got my bag and Ahmed closed the trunk door. In short, quick steps, he walked towards the building, pressed an elevator button, adjusted his dishdasha, and stood still, looking at the small, red numbers change.

He unlocked the door for me, handed me the key, nodded and walked away. I was welcomed by a smell of fresh paint, as I entered the apartment. I placed my bag on the new, brown table that stood adjacent to the window.

Before exploring the apartment, I sat down on the grey couch that was in the middle of the living room and pulled towards myself the glass ashtray that stood on the table.  I reached into my pockets and took out a slightly-crumpled soft pack of cigarettes, and leaned back as I lit one. It was quiet.

I embarked on an exploratory mission of the apartment. As I walked away from the living room, I was met with the door to the bathroom to my right. I opened it slightly and peeked my head in. It was clean. After all, it was all new.

The white kitchen cabinets had everything that I thought I may need, and more. There were glasses, cups, plates, pots, and pans. The refrigerator stood opposite of the cabinets, along with the stove.

As I entered the bedroom, I was greeted by the bed, and the linens that sat on top of it. The linens, as well as the comforter, pillow case, and even the pillow, were still in their nylon wrappers.

I sat on the edge of the bed, looked at my reflection in the mirror that faced me, and felt uneasy. There was something gnawing at me. It made my stomach hurt.  I couldn’t put my finger on it, but it was getting worse by the minute.  I stood up, tried to move any thoughts I had into the background, and started to unpack. Half an hour later, the bedroom was ready.

I made my way back to the living room, sat down on the couch, lit another cigarette, and tried my best to figure out what was eating me from the inside.  There was no success. The cigarette crackled as I smoked it.  I wasn’t tired.

The night came, and with it the sound of fighting cats, and eager greetings from under my living room window.  I thought about Hannah.  It was at this exact moment that everything seemed to rush to my mind; from the moment she was born, to the look of confusion she gave me as I left for the airport.  Was this the feeling that I had been having since I arrived to the apartment? In utter disappointment, I realized that it was not. It was something else.

I tried my best not to close my eyes. I was afraid of my own thoughts.  I had to wait until fatigue took its toll. An hour later, it did.

After the long lines, the countless signatures and what seemed like a long photo session, Ahmed and I were on our way to my employer’s house.  His name was Mr. Ali. I did not know much about the man that sponsored my visa.  I only knew that he worked for the military, was married, and had two sons. According to the job posting, I was to drive him to and from work, and anywhere else he wanted to go.

“The older boy, Abdullah, is high-strung”, Ahmed began, breaking the silence of our drive. “He was a rebellious boy.  He is in the twelfth grade. You have to be patient with him.” I looked at him, completely unaware as to why he was telling me about, I presumed, Mr. Ali’s son. “The younger one, Omar, is in the ninth grade. He was always a good boy.”

My puzzled look was more than enough to let Ahmed know that there had been a misunderstanding.  “I am to drive Mr. Ali, I thought”, I said expecting that if there was a mistake, it wasn’t made on my end.

Ahmed quickly and strictly let me know what my job was going to be. “You are to drive Mr. Ali’s sons. You take them to school during the week, and wherever they want to go on the weekends.” I nodded, only to show that I understood. I still couldn’t figure out if I was disappointed, or if I felt any kind of a change.

“Remember”, Ahmed began, with a straight face. “You are their driver. You are not their friend.”

“I understand”, I replied. My reply wasn’t sufficient enough for the look of slight disappointment to leave Ahmed’s face.

“So many young men come from our country, thinking that the job they will do is easy. Mr. Ali is very protective of his family”, Ahmed said as he attempted to remain focused on the road ahead of him. “Lazy, young, and inexperienced”, he snarled.

“You are from Syria?” I asked, utterly surprised. His voice had become deeper, and he began to talk louder. It seemed that the criticism that was now flowing out of his mouth was yearning to be set free.

“Yes”, he answered. “I came to work, just like everyone else does, and I did my job honestly, and responsibly, unlike so many of these young idiots”.

“You came here before the war”, I said, realizing that I should have made my statement into a question.

“What does it matter when I came here?” He said, as he fought the urge to look at me.  Ahmed was a man in his forties. He clearly didn’t have much respect for the younger generation, and it didn’t seem to bother him who knew it.

“Where is the school?” I asked, in a desperate attempt to change the subject.

“I will come with you on the first day”, he said. “I will go with you to the school, and to all of the places the boys usually go.”  I was relieved. In my mind, I was already lost, and embarrassed.

“After the first day”, Ahmed continued. “You are on your own. Learn the streets, the areas. You must know the shortcuts, and how to avoid traffic.” And, at that point, I became overwhelmed. It wasn’t the job that I was afraid of, it was the fear that I wouldn’t do it right.

“Driving here is not easy”, Ahmed continued. I hung on to his every word. “At times, it sees that everyone is trying to get somewhere. The safety of the boys is above everything else, but also, getting to school on time.”  I began to worry. How am I supposed to learn all of this after just one day with this man? I thought, as he continued. “You are to take them to school at eight in the morning, and pick them up at exactly two. No matter what they tell you, you are to take them straight home after school. That is your job.”

I took a deep breath, looked outside of the window, and started to think about exactly why I was where I was. For a brief moment, I missed the silence that seemed to occupy my drive with Ahmed.

Asmir Dzankovic was born in 1984, in Bosnia and Herzegovina. In 1995, he moved to Chicago with his family.  It was in Chicago that he found his love of writing. In 2012 he graduated from the University of Sarajevo, with a degree in English Language and Literature. Today, Asmir is teaching Creative Writing at a private school in the Middle East.